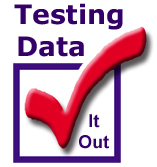 The Two Sections Below describe the Alignment of the Math Pentathlon Program to National Standards & STEM.

The linked use of the Mathematics Pentathlon® Games along with the standards-based instructional activities found in Adventures in Problem-Solving Activity Books I & II, Investigation Exercises Books I & II, and The Teaching Guides improves students’ abilities to: reason computationally, geometrically, and logically; communicate their ideas effectively; critically listen to others’ ideas; offer creative and varied alternatives to problem situations; and develop critical problem-solving characteristics of flexibility, persistence, and inventiveness.

In the Summer of 2014, a National Competition, referred to as US2020, challenged US metropolitan cities to develop plans to dramatically increase the scale and quality of mentorship between professions working in the fields of Science, Technology, Engineering and Mathematics (STEM) and students underrepresented in the sciences. Announced at the White House Science Fair, Indianapolis was one of 7 winning cities that was given grant money for STEM Mentoring Movements to inspire US students to follow an ever-increasing demand for STEM Careers.

The sponsors of US2020 in Indy are the City of Indianapolis with the Mayor’s backing along with TechPoint Foundation for Youth and VISTA (Volunteers in Service to America). TechPoint chose Mathematics Pentathlon® as one of it’s major programs to implement their STEM Mentoring Movement Plan.  We were pleased to announce that the 2014-15 School Year, the first pilot year in this 6 Year Project, went exceptionally well for mentors that implemented the Mathematics Pentathlon® Program.  One of the Mathematics Pentathlon® Mentor Groups, First Internet Bank, were National Finalists and officially recognized at the White House that summer.

Overview
How is it Used?

Overview
The What & The Why

A Day At Tournament
Constructive Competition
A PentathleteTM Defined

Board of Directors
Fireside Chat with Founders
The Originator of the Mathematics Pentathlon Games
Donations, Scholarships, & Building Leadership