The Mathematics Pentathlon® Games were designed so that adults as well as children would enjoy them. Just as athletic programs are supported by the community and the school, the Mathematics Pentathlon® Program encourages both home and school involvement. There are many ways in which adults can support Pentathlete™ participation in both the instructional as well as the tournament components of the program. Some of these ways are described below.

Parents can serve as classroom assistants to support the implementation of the Mathematics Pentathlon® Program. Such parent involvement helps teachers monitor each group’s understanding of game rules and development of strategies. Administrators have also assisted teachers by becoming involved in this manner. Such administrative experience is valuable in developing a greater appreciation for the importance of Active Problem Solving. It can also provide administrators with an opportunity to demonstrate to their faculty how much they value their efforts. College and high school students can also be oriented to these problem-solving games and through outreach programs assist teachers in instructing elementary and middle school students.

MATHEMATICS CLUBS OR SUMMER CAMP PROGRAMS
Parents, teachers, and university faculty can organize and conduct math clubs using the Mathematics Pentathlon® Program. These clubs provide additional time for students to examine and practice their strategies. Community centers can also support game clubs that are run either after school or during the summer. Those involved in summer camps may make use of the games as a way of acquainting students with the program while focusing their energy on constructive endeavors. Pentathlon clubs have also been successful in children’s museums.

HOME INVOLVEMENT
Parents play a critical role in reinforcing a teacher’s or coach’s efforts in playing the games in the classroom and/or a math club. By forming adult-student teams and playing the games in a foursome, adults can also appreciate the challenges found in Active Problem Solving. Such arrangements provide families with the opportunity to grow together in their understandings of spatial, computational, and logical reasoning. By inviting friends or neighbors to become involved, adults can also foster the educational growth of a community in a casual social setting. 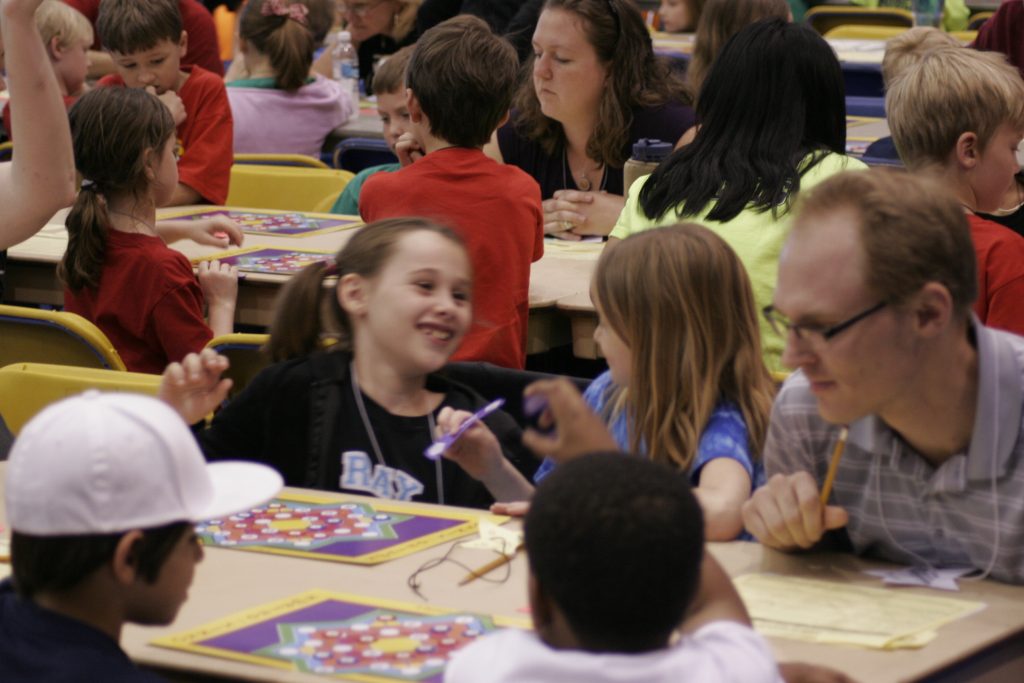 VOLUNTEERING AT NATIONAL MATHEMATICS PENTATHLON ACADEMIC TOURNAMENT SITES
Teachers, parents, administrators, high school and college students, and members of the business community can help by volunteering as officials at one of the National Mathematics Pentathlon® Academic Tournaments. There are various levels of tournament volunteerism. One level of involvement would be to serve  as a Game Monitor by observing two Pentathletes in a specific game within a division. A second level of volunteerism involves leadership as a Game Leader. Such individuals are responsible for coordinating, assisting and directing Game Monitors of a particular game within a division.  Other volunteers assist in tournament preparations, score keeping, the Awards Ceremony, registration, and other roles necessary to conduct a National Mathematics Pentathlon® Academic Tournament. A unique feature of National Mathematics Pentathlon® Academic Tournament is the ratio of Pentathletes to adult volunteers which is greater than 2:1. This degree of volunteerism is possible only because of the pride and ownership that the total educational community feels toward this time-tested program.

How is it Used?